If you are responsible for Fire safety or are a resident of a high-rise, multi-occupancy property you will be only too aware of the increased awareness of the need for enhanced fire detection and evacuation processes.

The former ‘stay put’ guidance is now regarded as unsafe and has been replaced by a ‘simultaneous evacuation’ strategy.

Many properties have deployed a waking watch service; this is a fire protection service and involves marshals patrolling to lookout for potential signs of a fire. They are also responsible for raising the alarm. 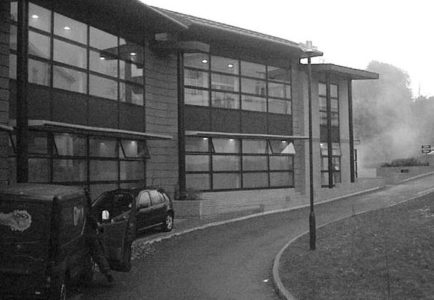 The incidents started to have a devastating effect on the staff and pupils with months worth of course work and class programmes being lost or disrupted as a result. The school had an Intruder alarm but the speeds of the attacks made it impossible for anyone to attend in time. The school tried numerous attempts to put off the attacks by locking away valuables and using metal enclosures but these methods were time consuming and took time away from teaching.

It was then suggested that SmokeCloak could provide instant protection to the School. The school authorities invited MSS Professional to the school to give a presentation and explain the benefits of the SmokeCloak system. The system was approved and a decision was made to install SmokeCloak as soon as possible.

This was just before the Christmas two-week shut down, one of the most vulnerable periods. The school was desperate for protection and with the help of MSS Professional, the school had 14 SmokeCloaks fitted before it closed before the holidays.

The result of having these SmokeCloaks installed was huge, there were no losses and no attempted attacks.